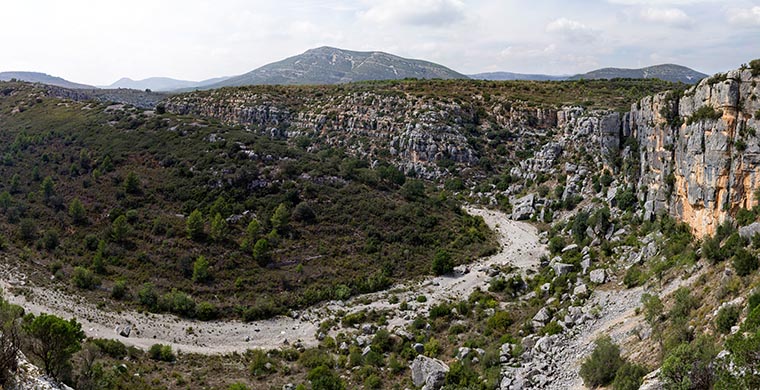 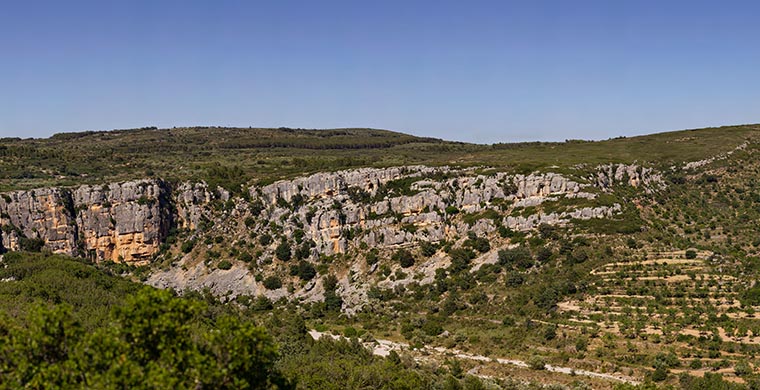 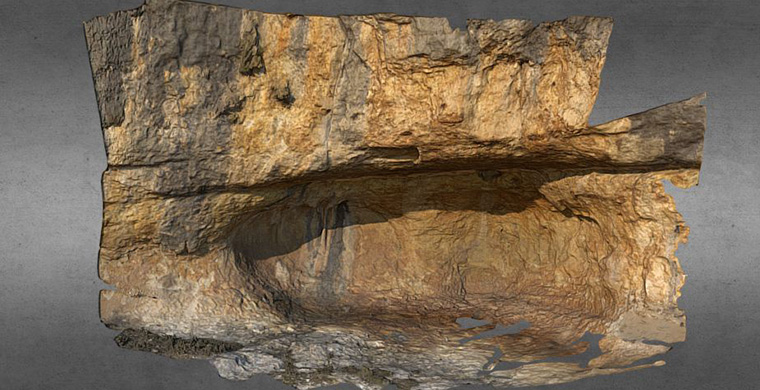 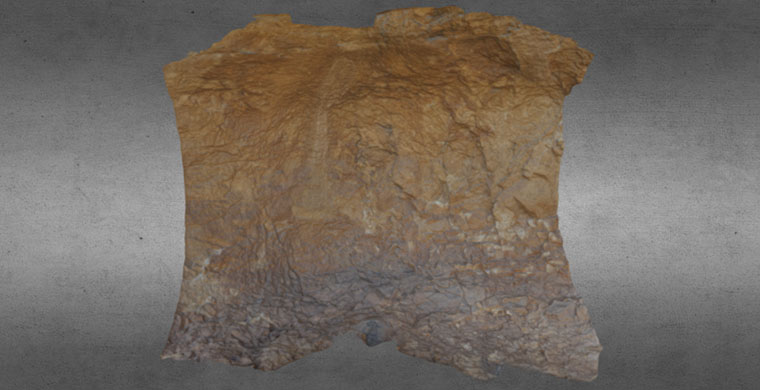 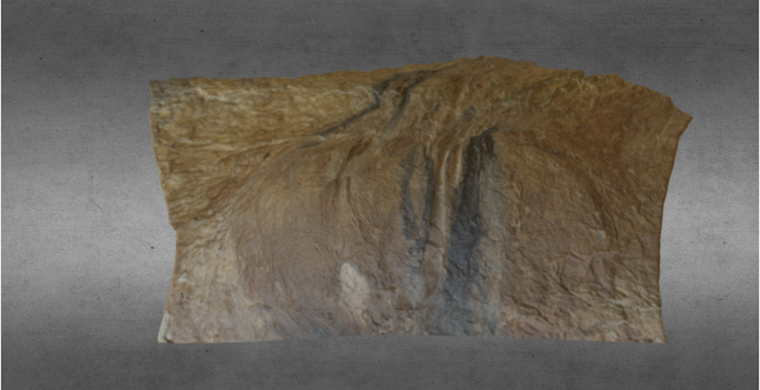 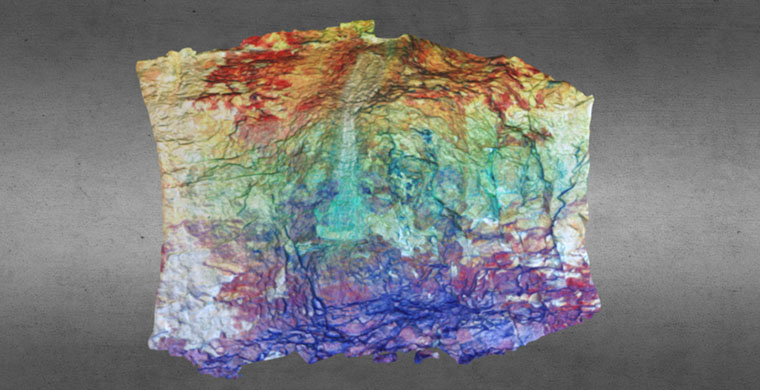 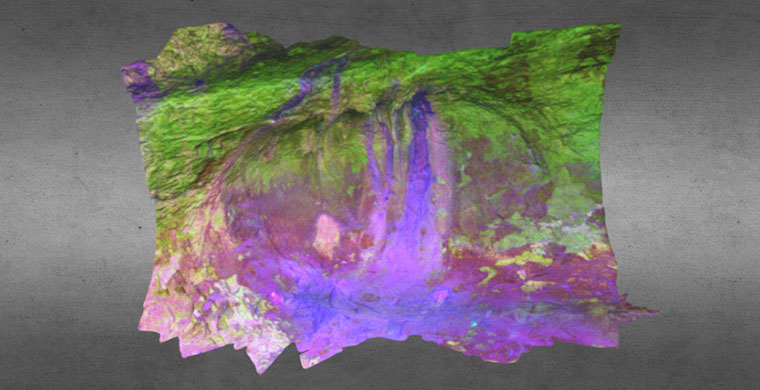 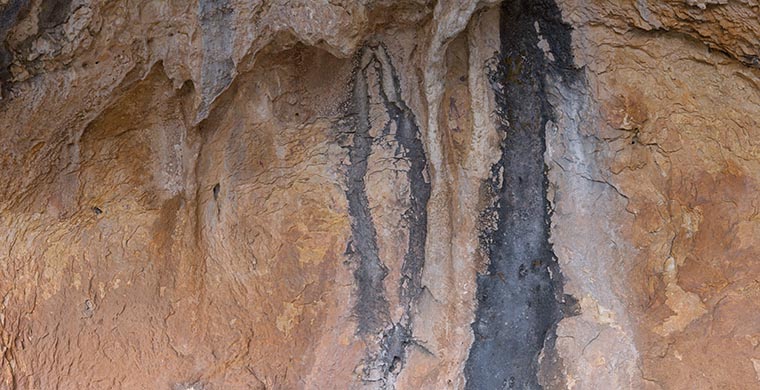 Title:  Gigapixel image of the left area of Cova dels Cavalls, real color
Technique:  Gigapixel panoramic imaging
Description:
This area of the shelter was vandalised shortly after its discovery. Nowadays, several archers can be seen that took part in some of the disappeared hunting scenes. One of them should be highlighted because it was painted between two flowstone columns, very likely simulating he was hiding. Other remarkable pictograph is a huge archer whose body and legs were filled with stripes. 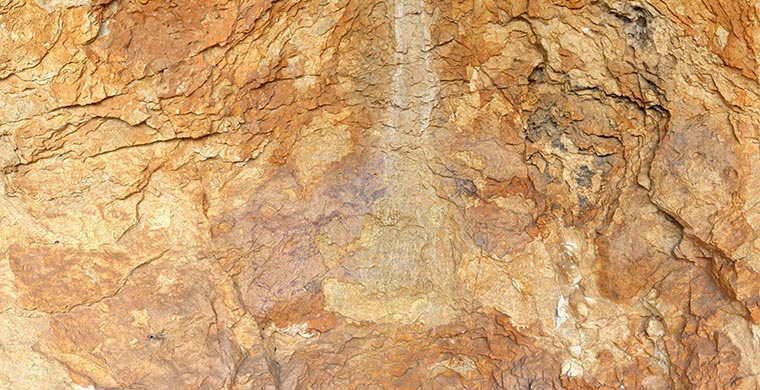 Title:  Gigapixel image of the right area of Cova dels Cavalls, real color
Technique:  Gigapixel panoramic imaging
Description:
In this area is preserved the well-known hunting scene of a herd of deer by a large group of archers of Levantine style. Twelve deer of different ages took part in this scene, together with at least ten archers of several stylistic features. There are other group of animals as well. The Archer of La Valltorta comes from this area as well; it is currently exhibited in the Museum of Valltorta. This gigapixel image was made with LED polarised lighting to enhance visibility of paintings. 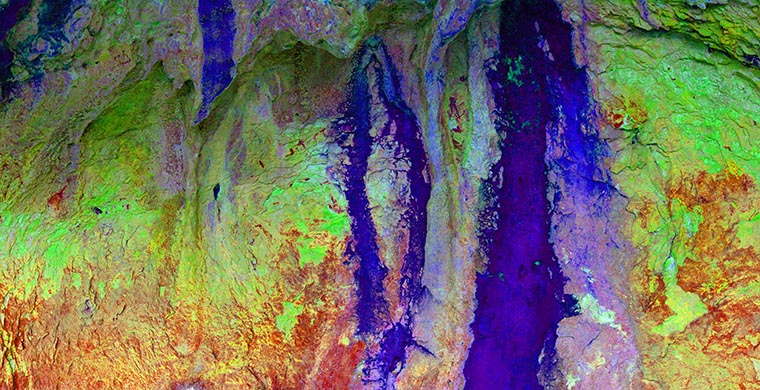 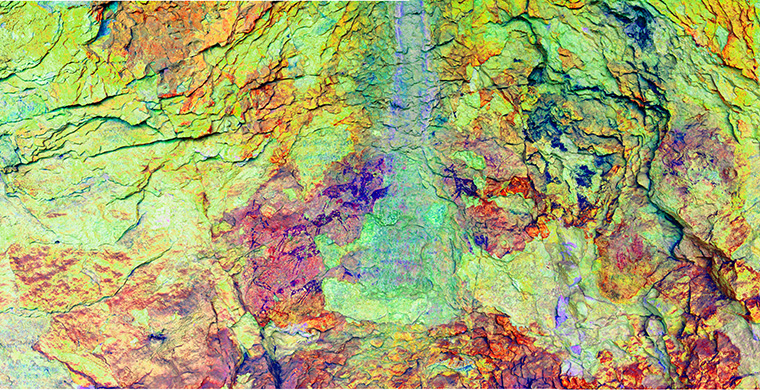